Last week Eliza Fletcher was kidnapped and murdered doing the thing I did for most of my 20s and 30s – running at dusk.

I hate that women are never safe. My god, please stop kidnapping and killing us.

Besides my four full marathons, I have run about thirty half marathons. And besides these official race day runs; I have spent years doing my training runs at dusk. Leaving my studio apartment in the Tenderloin (Tender-Knob, to be exact) of San Francisco at 5 am to run up and down Hyde St. to Hopper’s Hands at the Gold Gate Bridge never phased me. Leaving my Oakland apartment at 5 am to run Lake Merritt while training for a half marathon never phased me. Leaving my San Leandro home at 5 am to reach the San Leandro Marina while training for my last full marathon never phased me. Parts of the San Leandro training happened isolated entirely, with no cell reception heading towards Highway 92 and the San Mateo Bridge. I never felt afraid. Not ever.

Instead, I felt safe. During these runs, I’ve smiled past other runners and have high-fived fellow women on the road. I’ve felt proud and grateful at the training my body has been able to do. I’ve felt real happiness on the road, and now, I feel guilt. Why did I get to come home? Why do I get to read Eliza Fletcher’s murder headline, knowing it could have just as randomly been me? More than guilt, I am raising boys who will become men someday. I feel a tremendous weight when I realize the men out there killing women also have mothers. What went wrong?

Because let’s face it, Eliza Fletcher is not the first woman to be killed while jogging. She is part of the global femicide. What are we supposed to do? If I listen to society, I become overwhelmed with self-care propaganda. I’m told to stay fit and healthy. I’m told to practice meditation and to consider fitness as a way to manage anxiety. What if the anxiety I feel as a woman isn’t ill-placed? What if I’m not anxious enough when I leave my home alone?

What do we do when we are mere fodder for toxic men?

Before you tell me not to run at dusk or only while carrying mace, how about stopping? Consider who the predators are and stop addressing the preyed upon. Instead, how about men stop kidnapping, raping, and killing women? How about we stop telling boys they shouldn’t cry? How about we stop telling boys that they deserve any woman they want and that no means yes? Stop femicide – altogether. Please? Instead of telling us we need a new self-care routine or product, you (society) should stop telling us we’re safe anywhere – we’re not. I am becoming increasingly aware that that is by design.

Where are we safe? You tell me- because I hate it here. I’ll be joining other runners to finish Eliza Fletcher’s run – in solidarity, rebellion, rage. Even if you missed the official race day, join on your own, and finish when you can. And yes, if you see me on the road, extend your hand. I’ll high-five you because I know I’m not the only angry one. 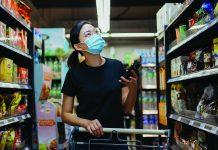 Something You Must Know when Grocery Shopping: GMOs Explained 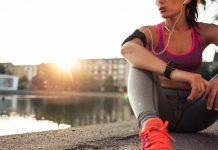 I Refuse to Be Scared